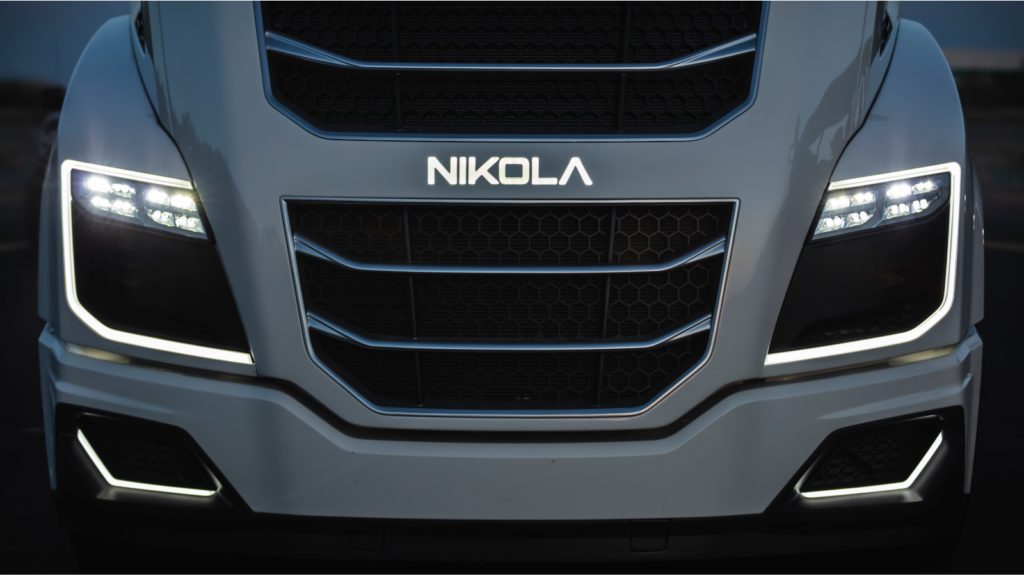 Shares of Nikola (NASDAQ:NKLA) were run over – and over – in the last few days. Since peaking at $54.56 in early September, Nikola stock plummeted to less than $20 a share.

All thanks to short-seller attacks, probes from the U.S. SEC and the U.S. Department of Justice, and news that Trevor Milton stepped down. Worse, Tesla (NASDAQ:TSLA) has accused Nikola of stealing its Tesla Semi truck unveiled in 2017.

While I believe there’s a strong future for fuel-cell powered trucks, now is not the time to buy Nikola shares. There are still far too many unanswered questions, and potential cloudiness.

After plunging 80% from its all-time highs, investors have lost interest for a few reasons.

One, Analysts Are Turning Bearish on Nikola Stock

Wedbush analyst Dan Ives just cut his rating on the Nikola stock to a “sell” rating from “hold” with a price target of $15.

“It has been a Twilight Zone-like few weeks for Nikola investors as the company has seen some highs with the flagship GM partnership announcement followed by the shocker that founder and former Chairman Trevor Milton was leaving the company.”

Now, investors are hopeful the company can maintain its relationship with General Motors (NYSE:GM), and move forward without Milton.

Two, Potential Partners Have Backed Away

Talks between Nikola and several potential partners, including BP (NYSE:BP) stalled, according to The Wall Street Journal’s Ben Foldy and Mike Colias, all as companies grow fearful Nikola misled investors.

While potential deals could still come together, the company has to get through the heightened scrutiny first. Now, if the deal with General Motors goes south, it’s all over for the Nikola stock. That could very well happen if accusations against Nikola are proven true.

At this point, that’s pure speculation, though. I’m hopeful the chaos will die off, and that Nikola can move forward with GM and other potential partners.

Not helping, the Hindenburg Research is still fresh, calling Nikola “an intricate fraud built on dozens of lies over the course of its founder and executive chairman Trevor Milton’s career.”

“We included 53 questions at the end of our report that we believe shareholders deserve answers to. The company promised a full point-by-point rebuttal, but then only responded to 10 of our questions,” they added.

Then, Citron Research piled on.

“Congrats to Hindenburg for exposing what appears to be a total fraud with NKLA. Citron will cover half of all legal expenses. You can’t SLAPP the truth away. Explains why Milton sold at $10 this June NKLA response warrants an SEC investigation to maintain integrity of EV mkt.”

Four, Nikola May Have Patented a Stolen Truck Design

Now things are just getting nuts.

While we should know soon if any of the accusations are true, the company is now being hit with claims of theft. Tesla is accusing Nikola of basing its truck design on a 2010 Road Runner concept truck.

“Tesla says that Milton knew about the Road Runner concept truck at the time he applied for the design patents Nikola later used to sue Tesla and that [Andriano] Mudri’s design ‘constituted a significant inventive contribution‘ to the designs Nikola patented,” as noted by Ars Technica contributor Timothy B. Lee.

In short, Nikola is in a very deep legal mess.

Hopefully, the company will be able to dig out from under this. If not, and it’s proven the company is guilty of wrongdoing, Nikola stock goes to zero – and fast.

Until we have further clarity on, I would avoid the Nikola stock for now. I’d wait to see how everything shakes out from here first. If good news prevails, investors can jump into Nikola stock on the cheap. Wait and see first.

On the date of publication, Ian Cooper did not have (either directly or indirectly) any positions in the securities mentioned in this article.

Ian Cooper, an InvestorPlace.com contributor, has been analyzing stocks and options for web-based advisories since 1999. As of this writing, Ian Cooper did not hold a position in any of the aforementioned securities.