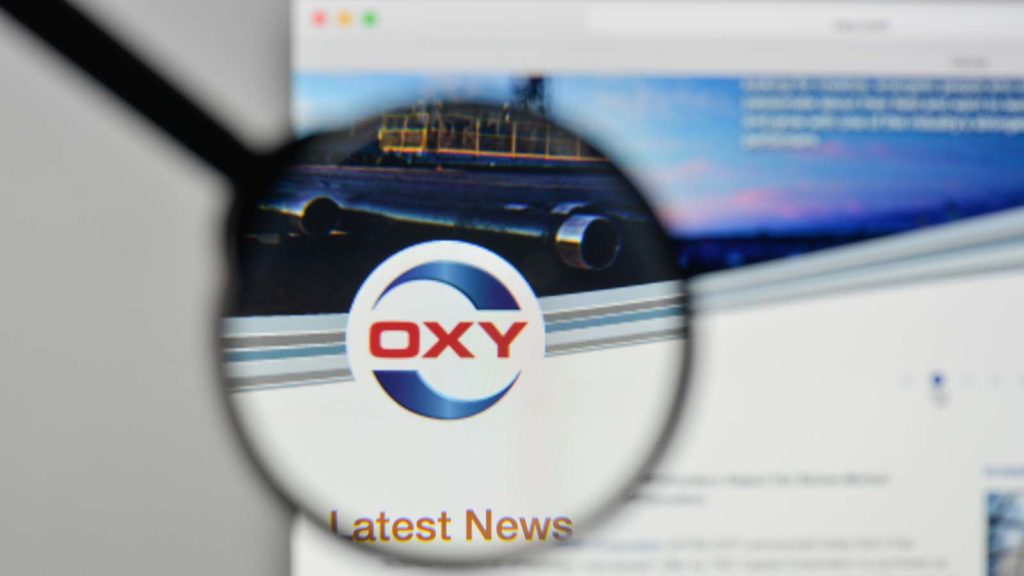 Given everything that’s happened in the petroleum market, I suppose we should congratulate shale oil and natural gas producer Occidental Petroleum (NYSE:OXY) for limping into the fourth quarter of 2020 without officially declaring bankruptcy. In light of this, we can score one point for OXY stock holders.

That, however, is more of consolation prize than a reason to celebrate. Back in August, I provided a stern warning about holding OXY stock. Since that advisory was published, OXY has slid from $15 and change to the $10.50 area.

My primary concern at that time was Occidental Petroleum’s dismal second-quarter fiscal results. Just as a reminder, the company had posted a loss of $1.76 per share and revenues of $3 billion. Wall Street was expecting a loss of $1.66 per share along with $4.2 billion in quarterly revenue.

Optimistic OXY stock investors might hold out hope that Occidental’s fortunes will turn around soon. In response to that, I will revert to the old saying that hope is not a strategy. Besides, recent developments don’t necessarily bode well for Occidental Petroleum.

A Closer Look at OXY Stock

We can’t blame Occidental Petroleum for the sharp decline in energy prices in March and April. A number of external factors contributed to this event, including the onset of the novel coronavirus.

That being said, it’s irrefutable that the bears remain fully in control of the price action of OXY stock. All of these months after the novel coronavirus first struck, the OXY bulls have made little progress in bolstering the share price.

At this point, I would say that reclaiming the pre-pandemic $40 level is going to be nearly impossible. Perhaps a massive spike in the oil price might get OXY stock back up to $20, if the bulls are lucky.

It’s also important to note that OXY has trailing 12-month earnings per share of -$14.45. That’s pretty bad for a stock that’s trading below $11 per share. If this situation doesn’t improve soon, the next leg will almost certainly be down, not up for OXY stock.

In August of last year, things weren’t quite as bad for Occidental Petroleum and its stakeholders. As evidence of this, we can recall that on Aug. 8, 2019, Occidental successfully completed of its acquisition of Anadarko Petroleum for $55 billion.

At that time, Occidental assumed Anadarko’s debt and, we can assume, hoped that the acquisition would add value to OXY shareholders.

To quote InvestorPlace contributor Chris Lau, “the timing of the Anadarko deal was Occidental’s fatal flaw.” The coronavirus took a toll on global oil demand. On top of that event, the Organization of Petroleum Exporting Countries (OPEC) increased its non-OPEC oil supply forecasts for both 2020 and 2021.

Thus, while OXY stock wasn’t exactly a screaming buy prior to the Anadarko acquisition, we can pinpoint this costly and ill-timed move as potentially the beginning of the end for Occidental Petroleum.

Occidental Petroleum plans to release its third-quarter 2020 financial data on Nov. 9 after the market closes. This gives current and prospective shareholders some time to reconsider their outlooks on OXY stock.

Is this a good time to go bottom fishing for OXY stock at its currently low price? As I reported a month ago, Berkshire Hathaway (NYSE:BRK.A, NYSE:BRK.B) CEO and legendary investor Warren Buffett doesn’t seem to believe so as Berkshire Hathaway sold all of its 18.9 million shares of OXY stock.

I feel that Berkshire and Buffett made a wise decision. Recently, Occidental Petroleum announced an agreement to sell its onshore assets in Colombia to Carlyle Group (NASDAQ:CG).

I’m fairly certain that Buffett likes to invest in companies that are growing, not contracting. And as Buffett once famously said, price is what you pay but value is what you get. In this light, it’s hard to find value in a company that’s shrinking.

With an earnings announcement coming up in a few weeks, there’s still time to get out of OXY stock.

If the Oracle of Omaha dumped his company’s shares, maybe it’s time for you to do the same thing, or just avoid OXY stock altogether if you’re not already in it.

On the date of publication, David Moadel did not have (either directly or indirectly) any positions in the securities mentioned in this article.

David Moadel has provided compelling content – and crossed the occasional line – on behalf of Crush the Street, Market Realist, TalkMarkets, Finom Group, Benzinga, and (of course) InvestorPlace.com. He also serves as the chief analyst and market researcher for Portfolio Wealth Global and hosts the popular financial YouTube channel Looking at the Markets.