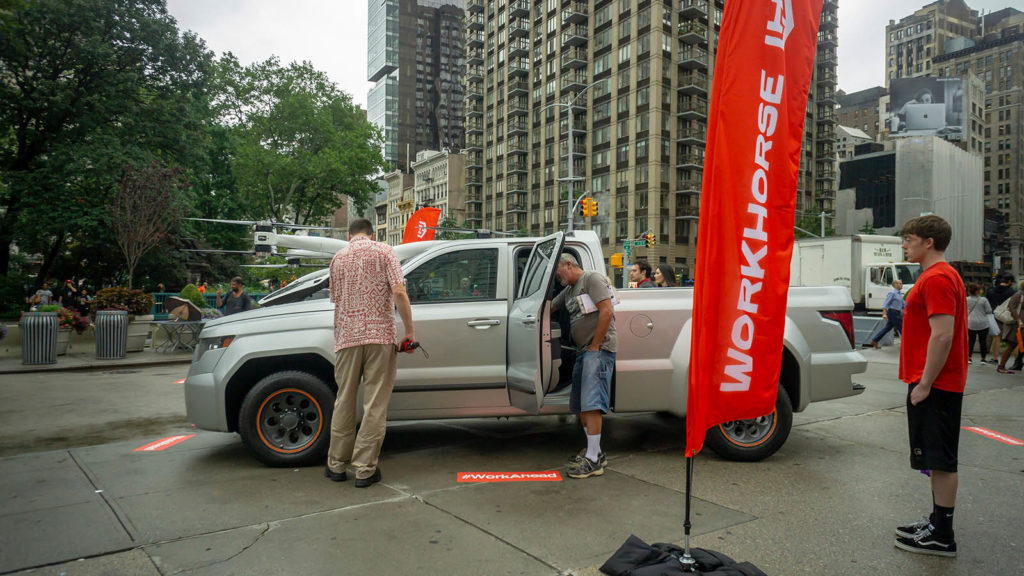 Workhorse (NASDAQ:WKHS) appears to have multiple red flags. As a result, I continue to recommend that long-term investors avoid WKHS stock.

Despite all the hype surrounding Workhorse, the company has not made any impressive deals recently.

Meanwhile, the bulls’ great hope for the company – a contract with the U.S. Postal Service – probably won’t materialize  and will likely hurt Workhorse’s bottom line even if it does come to fruition.

Finally, problems that have reportedly surfaced with Workhorse’s drones make me less confident in Workhorse and WKHS stock.

Workhorse’s shares rallied recently after the company reported that it had reached “strategic agreements with Hitachi (OTCMKTS:HTHIY) and Hitachi Capital America.” Under the deal, Hitachi will evaluate Workhorse and provide recommendations to it. Additionally, Workhorse will utilize Hitachi’s technology, help Workhorse develop dealerships and provide Workhorse’s customers with financing.

It’s clear to me that, under this deal, Hitachi is providing many services to Workhorse, while Workhorse is not providing any product or service to Hitachi. Since, as the well-known saying goes, “there’s no such thing as a free lunch,” I’m sure that Workhorse is paying Hitachi for its services.

So the deal will not directly generate any revenue for Workhorse. Moreover, since the vehicle maker is apparently not providing any of its products to Hitachi, the deal says very little about the Japanese company’s confidence in those products.

As I noted in my previous column about WKHS stock, the Ryder (NYSE:R) deal which was touted by Workhorse on its second-quarter earnings conference call was also not too impressive, as Ryder ordered a total of only two trucks from Workhorse.

USPS Is Unlikely to Come Through for Workhorse

Workhorse is one of three bidders on the short list to provide thousands of new vehicles to the postal service in exchange for several billion dollars.

But according to a Seeking Alpha columnist, the other two companies in the running for the deal –Oshkosh (NYSE:OSK) and Morgan Olson – which have been carrying out government contracts for many years, can easily produce thousands of vehicles for the postal service and also service them.

By contrast, Workhorse has said that its factory may not be able to make the vehicles cheaply enough to meet the USPS’ criteria. Additionally, Oshkosh and Morgan Olson are much more financially stable than Workhorse, while President Donald Trump appears to be much more fond of oil than he is of electric vehicles.

And the Seeking Alpha columnist believes that, even if Workhorse manages to land part of the USPS deal, it will not be able to make a profit from the contract.

Barron’s recently reported that “at least some of” Workhorse’s drones “are facing problems.” Specifically, Unmanned Systems Operations Group, a company which bought a number of Workhorse’s drones, wrote that the machines failed to work because they had “poor navigation software and substandard construction.”

In the wake of Barron’s report, I’ve completely lost confidence in the company’s drones. Moreover, given the questions that the report raises about the company’s quality-control standards,  I think that investors should be worried about the quality of its vehicles as well.

The Bottom Line on WKHS Stock

The market capitalization of Workhorse’s shares is a hefty $1.8 billion, even though it reported only $92,000 of revenue last quarter and has not announced any impressive deals recently.

Meanwhile, even if Workhorse somehow manages to land a deal from the USPS, there’s significant doubt about whether such a deal would be profitable.

And finally, given the recent Barron’s report alleging problems with the company’s drones,  investors should be concerned about the quality of its products. Given all of these points, I continue to recommend that longer-term investors sell WKHS stock.