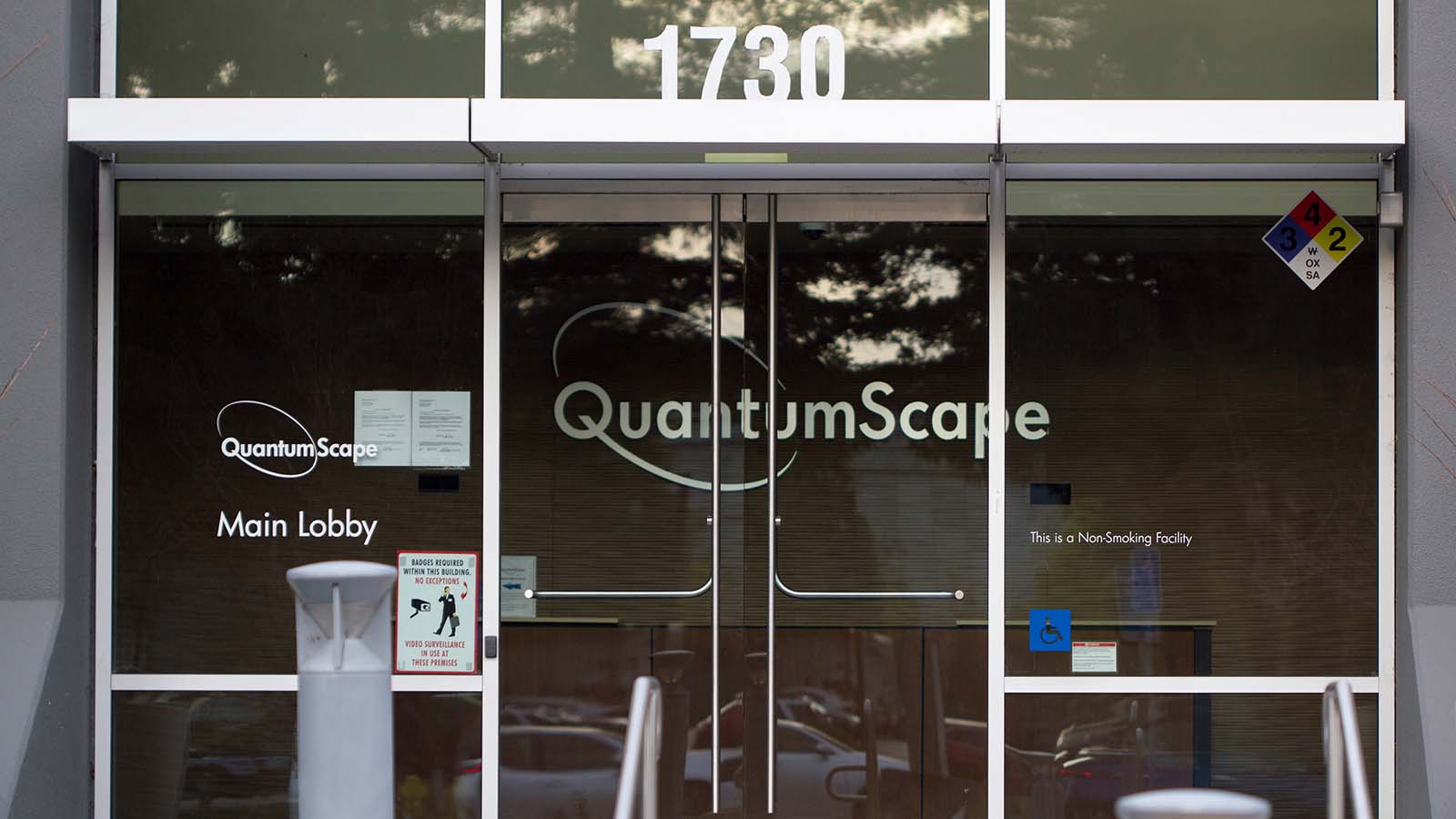 The fate of past, very promising technologies makes me wary of investing in Kensington Capital (NYSE:KCAC) at this point. The relatively high valuation of Kensington Capital stock and the recent tech sell-off also gives me pause.

For the uninitiated, those who buy Kensington Capital will eventually own the shares of battery development start-up QuantumScape.

A developer of a new type of batteries for electric vehicles, QuantumScape is currently privately held and is expected to have an enterprise valuation of $3.3 billion when it goes public later this year.

Among the investors in QuantumScape are Volkswagen (OTCMKTS:VWAGY), which has agreed to put over $300 million into the company; Microsoft (NASDAQ:MSFT) founder Bill Gates; and the Qatar Investment Authority. Those are very impressive names.

According to QuantumScape, its solid-state batteries can reach 80% of capacity in 15 minutes. The company added that its batteries, which it does not expect to reach the market until 2024, are also safer than the current batteries used by EVs.

Up-and-Coming Technologies Have Disappointed in the Past

In 2013, I heard a lecture by an investment adviser. During his presentation, I remember he mentioned graphene, which is essentially tightly bound carbon. The material is extremely thin and powerful and it’s a great conductor of electricity. I kept an eye on a couple of graphene stocks for a short time; needless to say, graphene did not become very widely used, and all the graphene stocks I can find now trade well below $1.

More investors will be familiar with my second example: 3D printing. In 2014, I read that several tech titans, including Netscape founder Marc Andreesen, had invested in 3D printing. Further, I had a friend who worked in the IT department of a mid-size company and raved about its 3D printer. Pundits were writing about how the technology would make factories obsolete and many tech companies raced to enter the space.

I invested relatively small amounts in a couple of top 3D printing stocks, but the technology, for reasons that are unknown to me, never took off, and nearly all the stocks in the space eventually tumbled.

My conclusion is that it’s very difficult for anyone, let alone a non-expert, to know which brand-new technologies will proliferate five or six years down the road. As a result, I think it’s better to invest in companies whose new technologies are just starting to become very widely used, i.e. cloud companies in 2014, solar companies in 2018, and Apple (NASDAQ:AAPL) in 2002.

Obviously, QuantumScape, whose batteries are not expected to be ready to be deployed until 2024, does not fit in this category. Consequently, I advise investors to avoid Kensington Capital stock at this point.

If that does occur, I don’t expect many EV makers to spend the time and money that would be necessary to switch to QuantumScape’s batteries.

The market capitalization of Kensington Capital stands at $466 million, and QuantumScape is expected to go public with a valuation of $3.3 billion. Those are very high numbers for a company with an unproven technology that could be largely obsolete by the time it’s launched. Moreover, the tech selloff makes the shares vulnerable to sharp pullbacks over the next few weeks.

Based on the lessons I’ve learned from previous, highly promising technologies, I urge investors to avoid Kensington Capital stock at its current levels.