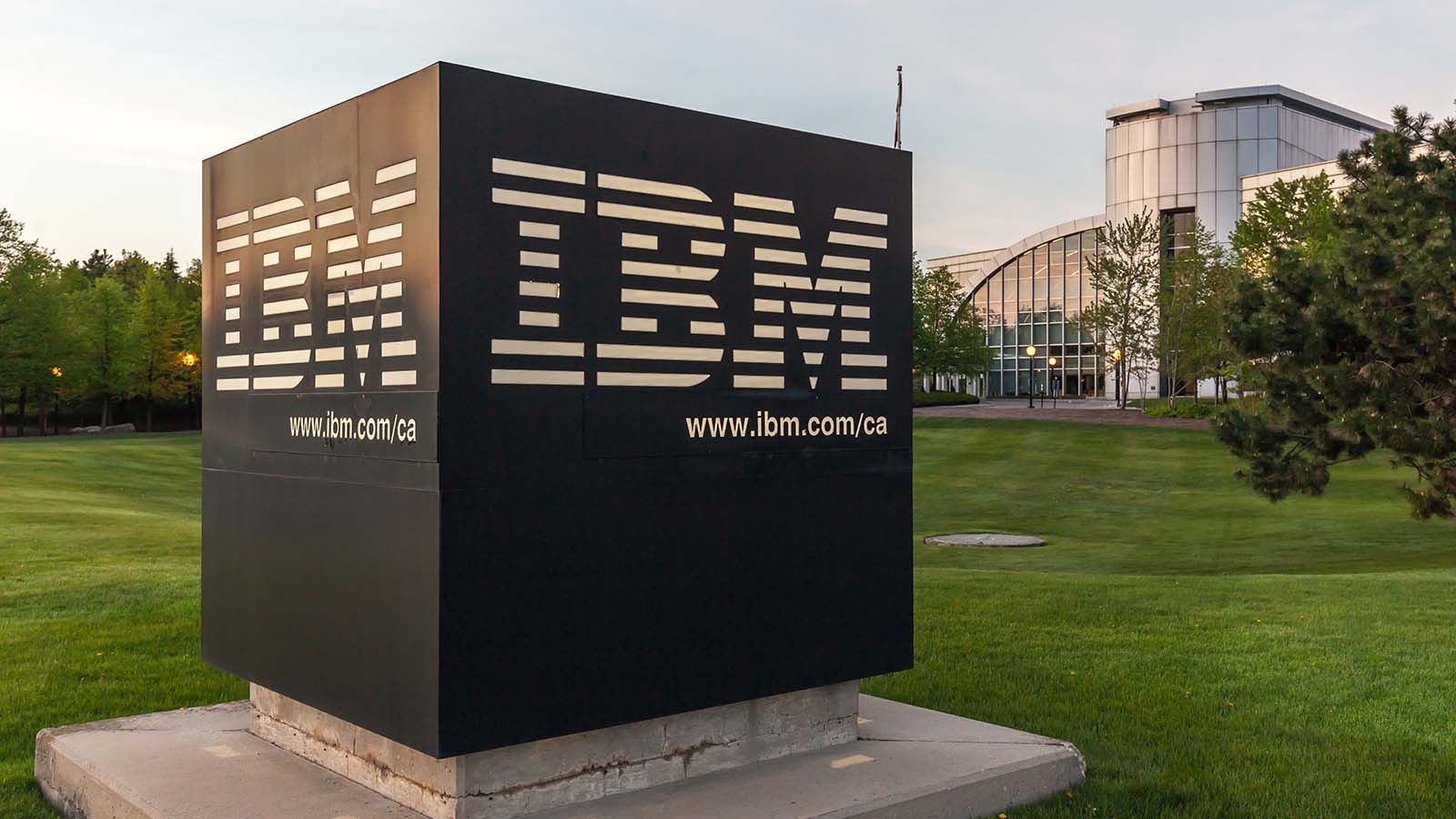 In the last five years, technology companies have shifted focus. The new normal is to build a subscription-based business that revolves around the cloud. Most mega-tech companies have successfully transitioned … except IBM (NYSE:IBM). So it is not a surprise then to see IBM stock languish so low, comparatively.

It has been a while since I shared my opinion on IBM. I did that last back in June of 2019, when I wrote that “it had an 18% rally at hand” and that they needed a new CEO. Both things came true since then.  The reign of Ginni Rometty ended and the stock gained 15% before the pandemic hit.

The company’s problems started years before Covid-19. And now the new team has to dig itself out of a deep hole. IBM fell 43% in February into the March lows. Year-to-date it still stuck down almost 10%, so things can’t get much worse.

The stock spent the entire second half struggling with resistance levels. The investor profits did not come easy. The global shut down ruthlessly sent it back to the catacombs and boarded up the entrances. But from this disaster scenario there maybe some good to come out of it. Management now has the chance to hit the reset button on their strategy.

The world is so different that they have no choice but to rethink every assumption they had.

I’ve been a critic for so long because the old regime had vague promises of progress. Yet it continuously set lower comps — it felt like almost enough to be a world record. What made it worse is that this happened during the strongest bull market in history. To this day, it still hasn’t managed to steer the ship into the right currents.

New leadership should bring hope for the bulls. Still, the signs are that it may be more of the same. They should have found an outsider CEO to lead this turnaround. They need bold changes. Wall Street agrees with me, because while the rest of the technology giga-tech stocks like Microsoft (NASDAQ:MSFT), Alphabet (NASDAQ:GOOGL, NASDAQ:GOOG) and Amazon (NASDAQ:AMZN) are setting records, IBM stock is still 23% below the February level. There is a large discrepancy in optics from what management sees versus what investors see.

So far it sounds like this is a bearish article … but it’s not. Even though there is very little I like about the IBM strategy, I think IBM stock has upside from here. The jolt from the global stoppage was too great and affected the weak companies harder than others. IBM is one of them, but going into next year, there should be a rosier outlook. The Covid-19 crash solidified the support below. This gives the bulls enough conviction in the bottom so they can chip away at the resistance above.

The tide will lift all boats — especially ones that have hit rock bottom. Regardless of who wins the election this year they will be dedicated to reflate the economy. And IBM is at a point where its situation is so bad that the odds of upside are more likely than not.

Besides, the quarantine has forced everyone to rush to the cloud. IBM has 8% market share of it and that’s likely to beef up its revenues. We’ve seen this happen in younger companies like Zoom (NASDAQ:ZM), Twilio (NYSE:TWLO) and Shopify (NYSE:SHOP)

There Are Important Levels to Watch 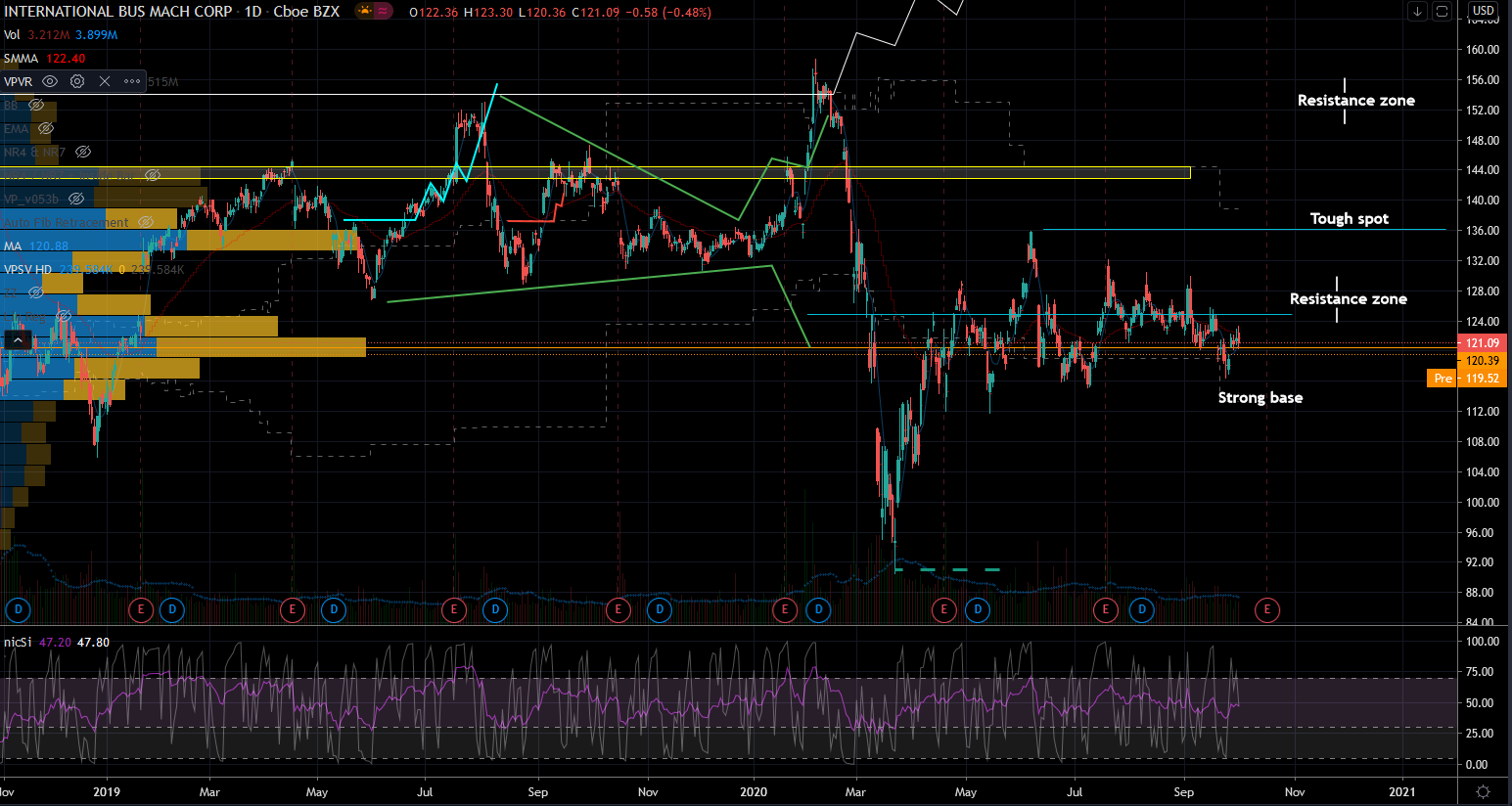 Technically the charts support my notion. IBM stock has held a strong floor above $112 per share. It could get tested again on their next earnings report, but investors would also buy that dip if it comes. Conversely, for the last few months it has failed at a $4-wide resistance zone near $130 per share. When the bulls eventually breakout from it they will overshoot higher. The upside target could exceed $150 but that is yet another wall to contend with later. I want to caution that this was almost the identical setup it had almost 18 months ago.

The good news is that the fundamentals in IBM stock are humble. It has a 13.4 price-to-earnings ratio and 1.4 times its sales. Investors have almost no hope of upside baked into its current price. But this leaves almost no room for disappointment, since expectations are already too low.

On the date of publication, Nicolas Chahine did not have (either directly or indirectly) any positions in the securities mentioned in this article.

Nicolas Chahine is the managing director of SellSpreads.com.