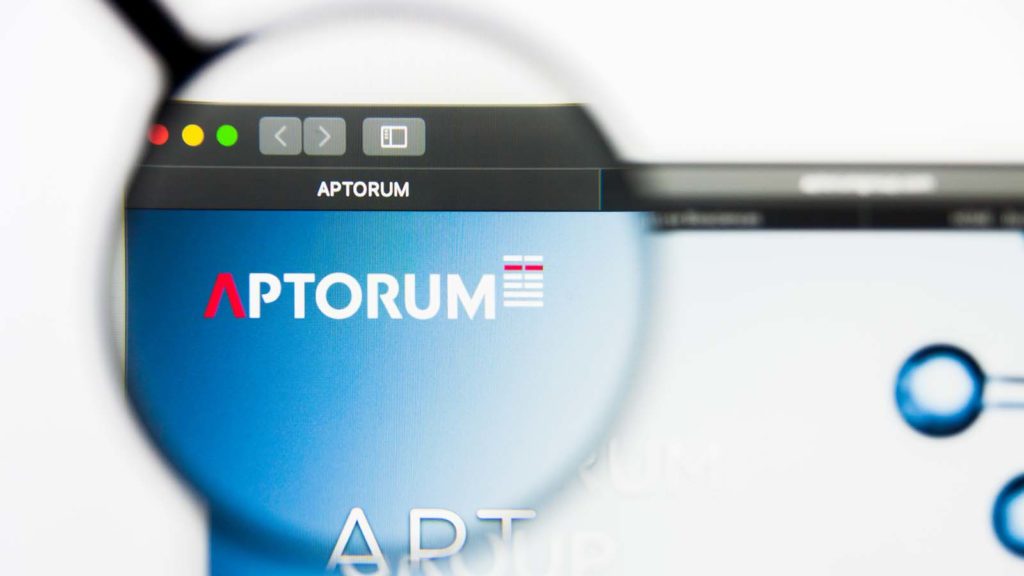 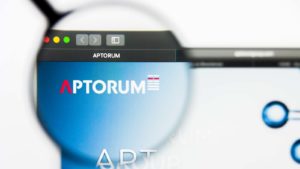 Investors wonder if they should invest in APM stock at these levels. We find the company a highly volatile biotech play and would only consider investing with risk capital. Let’s take a look.

Why the Shares Went Up

The new entity is expected to work with Accelerate Technologies, the commercialization arm of the Singapore’s Agency for Science, Technology and Research, “to develop novel molecular-based rapid pathogen identification and detection diagnostics (“RPIDD”) technology.”

The company says that the technology could be used to “identify and detect in blood over a potential targeted 1000+ viruses, bacteria, fungi and parasites.”

In a pre-pandemic era, this press release would possibly not have caught the attention of that many investors. But when Dr. Clark Cheng, chief medical officer and executive director of Aptorum Group, mentioned the novel coronavirus pandemic, even in passing, speculators noticed.

Reaction of Investors Seen Before

Due to the health and economic developments around the pandemic, many market participants buy first and search the name of the company on the internet later.

In an article published in the Scientist in 2003 amid the SARS epidemic, Peg Brickley said, “No vaccine or treatment for severe acute respiratory syndrome has yet appeared, and government money has just begun to flow to SARS research. Yet biotech companies have already cashed in on SARS fears, thanks to investors who scrambled to place their bets on the winners in the race against the new global scourge.”

The author added, “At biotech after biotech, the story was the same: a press release claiming connection to the search for a cure for SARS brought a nice bump-up in the stock price and a hefty increase in trading activity, no matter how small or struggling the source.”

Almost two decades on, investor reaction remains the same. It only takes a mentioning of the name of the disease, and we have a penny stock winner.

A press release like the one issued by thinly-traded Aptorum Group typically distracts investors from company fundamentals. Therefore, we will now take a closer look at APM stock’s latest “20-F – Annual and transition report of foreign private issuers” for the fiscal year ended Dec. 31, 2019. It was filed with the SEC in late April.

For the year, Aptorum Group’s revenue was $535,166. Net loss stood at $18,686.72. As a result, diluted net loss per share was 64 cents. The report lists a number of significant risks to the success of operations.

“We currently do not generate revenue from product sales and may never become profitable,” it says. “…AML Clinic’s operations may be our principal source of revenue for the foreseeable future and most likely, without additional financing, such revenue will not be sufficient for us to carry out all of our plans… If we are unable to license or sublicense, sell or otherwise commercialize our drug candidates, or experience significant delays in doing so, our business will be materially harmed.”

The annual report continues, “Preclinical development is a long, expensive and uncertain process… We have limited experience in conducting clinical trials… We may in the future conduct clinical trials for our drug candidates in sites outside the U.S. and the FDA may not accept data from trials conducted in such locations.”

Put another way, the company has provided a number of significant reasons as to why potential investors should think twice before committing capital into APM stock.

The Bottom Line on APM Stock

Until late September, Aptorum Group was not a household name in the Street. Then management made an announcement that mentioned the pandemic. As a result, APM stock saw recent high within a few hours. However, there are no details as to how or when the proposed collaboration will start or continue. What is as important is how will the company pay for these moves?

At this point, investing in APM stock would possibly be sheer speculation. The share price could have another big move up if there is another similar press release. Otherwise, it will possibly go below $2 soon.

Those investors interested in companies that may be in the front line to develop a cure for Covid-19 or other important diseases may also consider investing in an exchange-traded fund. Examples would include the Etfmg Treatments Testing and Advancements ETF (NYSEARCA:GERM), the First Trust NYSE Arca Biotechnology Index Fund (NYSEARCA:FBT), or the Vaneck Vectors Biotech ETF (NYSEARCA:BBH).

On the date of publication, Tezcan Gecgil did not have (either directly or indirectly) any positions in the securities mentioned in this article.

Tezcan Gecgil has worked in investment management for over two decades in the U.S. and U.K. In addition to formal higher education in the field, she has also completed all 3 levels of the Chartered Market Technician (CMT) examination. Her passion is for options trading based on technical analysis of fundamentally strong companies. She especially enjoys setting up weekly covered calls for income generation. She also publishes educational articles on long-term investing.